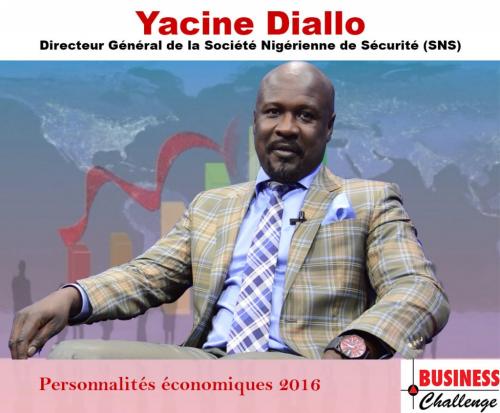 Chairman and CEO of the Nigerien Security Society (SNS) and founder of the Private Vocational Training School for Security Professions (EFFOPRIMES), Yacine Diallo is a pioneer in his field of activity.

During 2016, Yacine Diallo carried out several actions that marked Business Challenge. First, it is about the voluntarism it has shown in raising awareness among economic players on issues related to private security in Niger. It is thanks to the motivation of Yacine Diallo for this educational action at the place of economic players, that we initiated with EFFOPRIMES, the point Secu section, broadcast in the Business Challenge program.

Yacine Diallo also distinguished himself in 2016 by initiating, in collaboration with the National Agency for the Promotion of Employment (ANPE), a professional integration program for traditional wrestlers.

This initiative has enabled several traditional wrestlers from the eight regions of Niger to develop their skills and have a decent job in private security. A new situation, which now protects the heroes of our arenas from the idleness and precariousness of life to which they exposed themselves after competitions or when they retire.